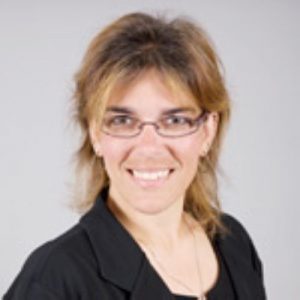 Danielle has over nineteen years of experience in legal services. She assists the attorneys in various aspects of the law practice from the onset of a case until settlement.

Danielle is a member of Eta Theta, the University of Phoenix Chapter of Alpha Phi Sigma, the National Criminal Justice Honor Society. She is also a member of the NALS. . . the Association for Legal Professionals, Keystone Alliance of Paralegal Associations, Schuylkill County Legal Professional Association, and Montgomery County Paralegal Association. Danielle is 2021-2023 President of NALS of Pennsylvania. She is a Notary Public who is contracted with PennDot to complete limited title work as well as a Signing Agent. She and her husband, Matt, also perform process serving services.

Danielle currently resides in Pine Grove, Schuylkill County, Pennsylvania, with her husband, and daughter Skye. She enjoys riding motorcycles, drag racing, going to car shows with her Mustang, skydiving, and playing softball, as well as spending quality time with her family. 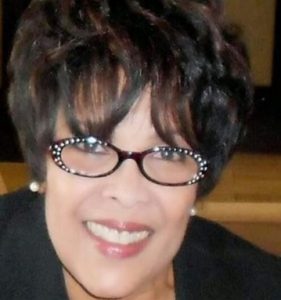 Darcel has been a member of NALS since 1980 and became a Life-Member in 1998. She has held many offices and chaired many committees during those years, First Vice President, Membership Chair; Second Vice President, Education Chair; Recording Secretary; Governor; and Historian at the local level.

Darcel worked for the Law Department of the City of Philadelphia in their Commercial Litigation, Bonds & Contracts and Labor Relations divisions retiring in 1998. Thereafter, she worked as an appointed teacher for the School District of Philadelphia, then as a Substitute Teacher. Darcel is a Certified Professional Legal Secretary, as well as a Notary Public in Pennsylvania and also serves on the Board of Toastmasters International. 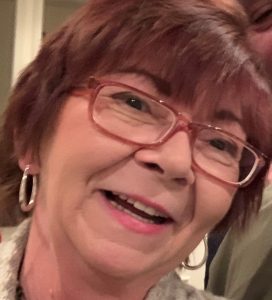 Jacquelyn A. Hannigan, is a certified PP, PLS, and Notary Public who has worked in the legal field since 1982. Jacquie is the legal assistant/secretary to Howard J. Kaufman, Esq. and Deborah R. Gross at Kaufman, Coren & Ress, PC., a complex litigation firm. In addition, she is the legal assistant to sole practitioner John W. Morris, Esq., whose primary practice is white collar criminal law.

Jacquie’s membership provides her with continuing legal education and a network of fellow legal professionals. Since she never lets the grass grow under her feet, Jacquie accepts challenges with fervor and her goals are consistently attained. Her experience on all levels of NALS has prepared her well. She has served as NALS of Pennsylvania’s Executive Secretary for many years, as well as its President, and chaired or co-chaired several committees. On the local level, Jacquie has served as Philadelphia’s Executive Secretary, First Vice President, and President, and chaired or co-chaired many committees. Nationally, Jacquie has assisted several committees and served on the Board for numerous years.  Jacquie is always available to answer any questions or assist members. 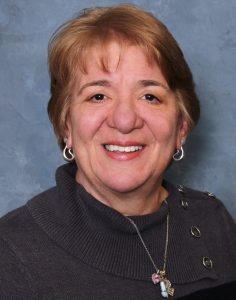 I have been a legal secretary for over 40 years.  I began my career as a legal secretary in 1979 with a boutique firm specializing in defense of antitrust and bankruptcy matters.  In 1988, I began working for a neighborhood sole practitioner specializing in personal injury matters and whatever other work was needed by our clients in the community.  I came back to Center City in 1999, where I began what I call my third career, working with in the labor and employment group at Reed Smith LLP, advising Pennsylvania municipalities in public sector labor matters.  I moved with Joe Rudolf to Clark Hill PLC in June of 2015. In September of 2018, I left Clark Hill to return to Reed Smith LLP, where I currently support attorneys in Insurance Recovery and Intellectual Property groups .

I was a member of NALS in the 80’s when I first began working as a legal secretary.  I re-joined NALS in January 2000; attained my PLS in 2001, and my PP at the inaugural testing in 2004.  I have served in many positions at all levels of NALS.  Nationally, I began as a member of the education committee.  I then joined the NALS Certifying Board where I served as a member from 2005-2008, was appointed Vice Chair 2008-2009, and then Chair  2009-2010.  I served two terms as Region 2 director – from 2010-2012.  I rejoined the Certifying Board in 2013, and continued as a member until last year when I was invited to become a NALS Foundation Trustee.  On the state level I have served as Executive Secretary, First Vice President, and currently serve as Treasurer.  Locally, I have served as Treasurer, and two terms as President.

In May of 2012, I graduated from Community College of Philadelphia with second honors – missing first by 1/100 of a point! –  attaining an Associate’s degree in Human Resources Management.  In 2013, I earned an Undergraduate Certificate in Labor and Employment Relations from Penn State University, another step in the pursuit of a Bachelor’s degree in Labor and Employment Relations.

Personally, I am Nonna to Keelyn, Patrick, Giavanna, and Jackie Lynn.  I am an avid quilter and golfer.  I am a breast cancer survivor – 15 years and counting!

There are no upcoming events at this time.