NALS of Pennsylvania mourns the loss of members 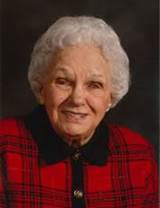 Our beloved member and friend, Mabel Haines, made her transition, April, 25, 2020.  Mabel served as past state president in 1987-1989; a very active member on the national, state, and county levels of NALS.

Shelly Mincer remembered her as being in the Toastmasters and said she gave everyone at PALS (which is now NALS) guidance and instruction for speaking in front of an audience – she instilled confidence in those of us “young” ladies and encouraged us to run for office, both locally and on the State level.  She tried to get some of us to become more involved on the National level as well.

Hilda Thompson said she was always poised and made everything look so easy which was very hard for Hilda to do since she had never spoken in front of an audience before (of course, after she joined the association, that changed).  Thanks Mabel!

On behalf of NALS of PA, we extend our sincere condolences and love. 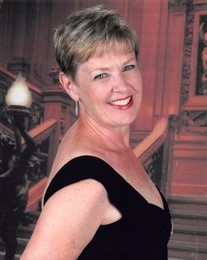 Our beloved life member and dearest friend, Ruth L. Gutleber, PLS, made her transition on January 25, 2020. Ruth resided in Washington Township, New Jersey. She was married to Charles and together they raised two sons.

Ruth worked as a legal secretary at the law firm of Schnader Harrison Segal & Lewis, LLP, as a young woman and left to raise her sons. She then returned to Schnader many years later and subsequently retired from that firm. Along with working full time, Ruth was the Administrative Secretary and an Honorary Board Member of The Lawyers’ Club of Philadelphia. When she retired, she sat on the Board of her homeowner’s association. Being a wife, mother, and legal secretary was not enough. Her mission was to educate herself in the legal field so she joined and became a life member of NALS in 1992, earned her PLS certification in 1997, and obtained Emeritus status in 2012. Ruth was a dedicated member, she attended every state and local conference, as well as many national conferences. Ruth served as Executive Secretary, Treasurer, and Governor of NALS of Philadelphia. She was also Parliamentarian of NALS of Pennsylvania. Even when Ruth was not an officer, she would chair or co-chair a committee, and made a point to attend both local and state Board meetings. The dedication Ruth showed the Association for 20 years is commendable.

Ruth is fondly remembered as being the epitome of a lady, her quick wittiness, classy nature, and her overall genuineness will always be admired.

Ruth, it saddened us to lose you and you left us with beautiful and happy memories. Wherever we look, we will find you there smiling down on us. Enjoy your new home in Glory where every day is a day of sunshine. Peaceful rest until we meet again.

That which is lovely never dies; Ruth will always remain in our hearts. 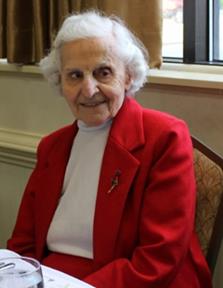 Sadly, on March 21, 2018, NALS of Pennsylvania lost a beloved Member and friend, Margaret Marsh, PLS.  She lived in Bethlehem, PA, and was 97 years old.  She would have turned 98 the following day.  She was a NALS Member for 44 years and came to every state conference up until the very end.  She received her PLS Certification and was dedicated to obtaining her CLE so she could maintain her PLS certification.  The dedication she showed to the Association by attending every state conference and serving on the local Board, was unparalleled.  She worked at Butterfield, Joachim, Schaedler & Kelleher, a local personal injury/real estate law firm until shortly before her death, which is something short of amazing.  We all believe that’s what kept her active and mentally sharp.  She enjoyed playing Mahjong on the computer and doing crossword puzzles.  Margaret was married to Samuel Marsh and together they raised their daughter, Sharon.

Margaret, it saddened us to lose you and you left us with beautiful memories.  Wherever we look, we will find you there smiling down on us in your red suit :).  Enjoy your new home in Glory where every day is a day of sunshine.  Peaceful rest until we meet again.

There are no upcoming events at this time.